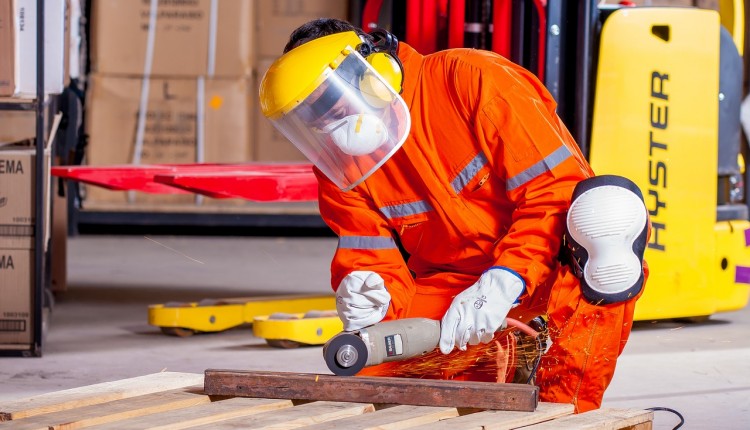 What Are The Statutory Requirements For Workers Insurance?

The workers, full-time or contractual, employed at the premises of an organisation, running machines and equipment, are subject to insurance as per the Workers Compensation Act.  All establishments hiring a minimum of 20 employees and above will compulsorily need to have Workers Compensation Insurance by registering themselves under the Employees’ State Insurance Act (ESI Act). This includes employees working in the small industry, construction works, factories, garment industry, mines, plantations, and certain other hazardous occupations factories.

Workers insurance benefits are strictly for work-related injuries and accidents. Therefore, the worker compensation insurance entitles workmen to receive money as per the defined rules of medical and disability provided under the worker compensation system. It is also to safeguard the interest of the employer implying that any worker cannot sue his employer or take him to court for damages incurred or suffered by him on-duty.

Even if the companies fail to register itself under the ESI ACT, the Workers Compensation Act will apply to it. The only difference is that compensation will be only provided to persons acknowledged as workers as per the Act and employers identified as ‘employers’ under the defined act.

Certain amendments were made to the act, in 2000, and as per the new act rules, even casual workers are covered under the law. As per the new law, following persons are also under the purview of Workers Compensation Act:

As per the act, the compensation will be paid to workmen and also their dependents, if there is an injury or accident or if a worker suffers from an occupational disease during the course of employment. The accident/injury/disease should happen in the workplace or during the course of employment. If it results in death, partial or full disability of the worker, the employer is obliged to pay the worker compensation insurance amount, depending upon the nature of the injury. The total worker compensation is based on the exact nature of the injury, the average monthly wages and age of the worker. The minimum and maximum amount of worker compensation are fixed and subject to periodical revisions. The workers insurance allows firms to offer better compensation to their employees at a far lower cost.

Occupational diseases or type of injuries are specified in the act. If a worker suffers from a non-scheduled injury,  the medical practitioner will have to confirm the percentage of disability suffered. The amount of wage loss will be determined related to the average earning capacity of the worker and his income loss as a result of no work reporting.

What Is Indemnity In Workers Compensation Insurance?

Steps To Link Your Aadhaar With Your Life Insurance Policies

Unit Linked Insurance Plans (ULIPs) What, How & Other Questions